The virtues in the individual strengths of character 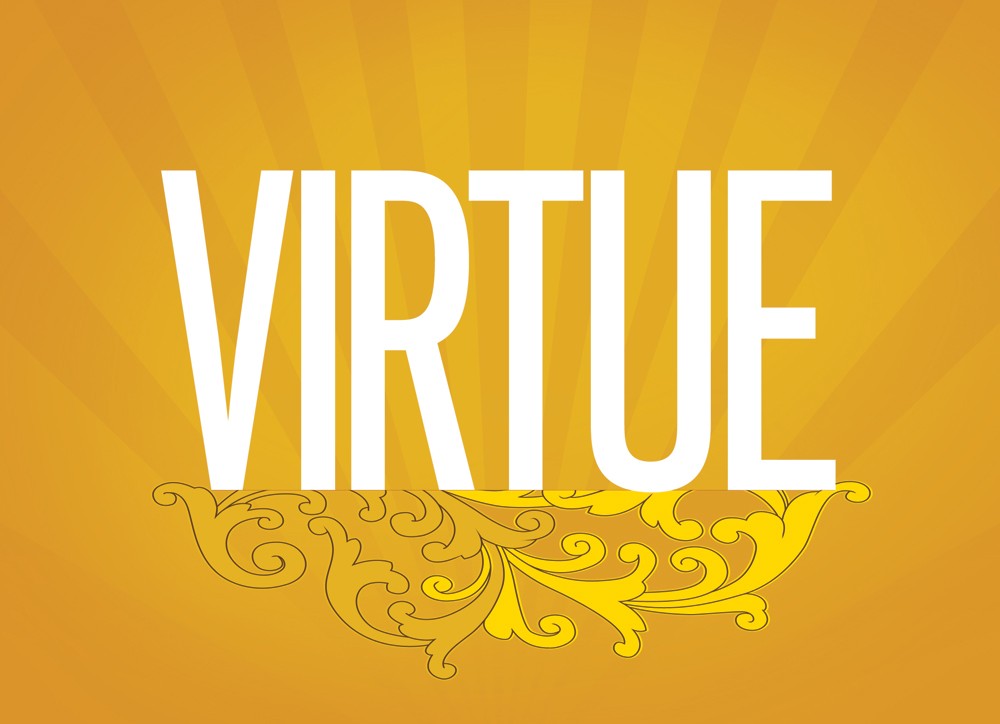 The virtues in the individual strengths of character

Whenever some scandal such as the corruption of members of some public agency or a financial scandal arising from some company occurs, questions about ethics again rise to the public debate. Lack of character, lack of virtue, unethical company, etc., are debated issues, but that often remain unsolved.

But what, in fact, are these concepts? Would being virtuous be the same as having character? What does it mean to have character?

In 2007 the researchers Thomas A. Wright and Jerry Goodstein sought to characterize what it would be to have strength of character and what their relationship and differentiation with virtue. For these researchers, defining character is not as simple as one might think, and that on this subject, several scholars had already bent over the course of nearly a century. Wright and Goodstein describe that often “having strength of character” and “being virtuous” are used as interchangeable terms and thus cause confusion because of their correct non-conceptualization.

Virtue is a topic already discussed from the classical philosophers, such as Aristotle, for example. It is a subject that has been reviewed and debated over the centuries, as in the Middle Ages with Thomas Aquinas as well as contemporaneously with Alasdair MacIntyre in one of his best-known books called “After virtue” of 1981.

In 2004 researchers Christopher Peterson and Martin E. P. Seligman through historical research list six categories of virtues that constantly emerge from literature, which are: wisdom, courage, humanity, justice, temperance, and transcendence. Thus, researchers speculate that all these virtues must be present above the threshold values for an individual to be considered of good character (Peterson and Seligman, 2004, p. 13). In this sense, they seek to describe the force of character under these six virtues, for to them, measuring virtue is something very abstract and general.

“We define the character as those habitual qualities interpenetrable within individuals, and applicable to organizations that limit them and lead them to desire and seek personal and social good” (Wright and Goodstein 2007, p.932).

Based on the works of Peterson and Seligman and of Wright and Goodstein, it is possible to understand that virtue is composed of strengths of character, so for virtue Wisdom requires strengths of character such as Creativity, Curiosity, Open Mind and Love of Learning, for example. For Temperance virtue, character strengths such as Forgiveness and Mercy, Humility and Modesty, Prudence and Self-control are necessary. Figure 1, seeks to synthesize the idea presented by the researchers Peterson and Seligman. 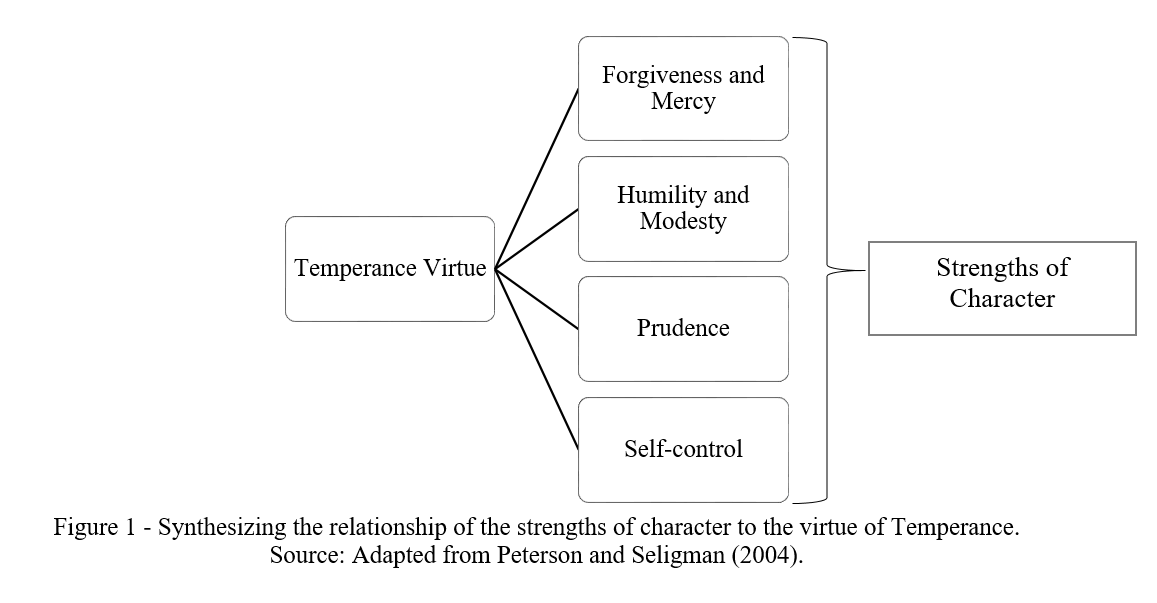 In this sense, the authors (Wright and Goodstein) point out that in a context of moral discipline, character, rather than virtue presupposes providing individuals with a more specific moral barometer, thus this barometer is instrumental in helping to monitor real behavior, that is, using the example above, prudence and self-control reinforces the need for temperance.

Thus, virtue requires strength of character. Individuals in moral discipline environments will help reinforce the need for virtue, whether in public agency or in private companies.

Wright, T.A., & Goodstein, J. 2007. Character is not “dead” in management research: A review of individual character and organizational-level virtue. Journal of Management, 33: 928-958.