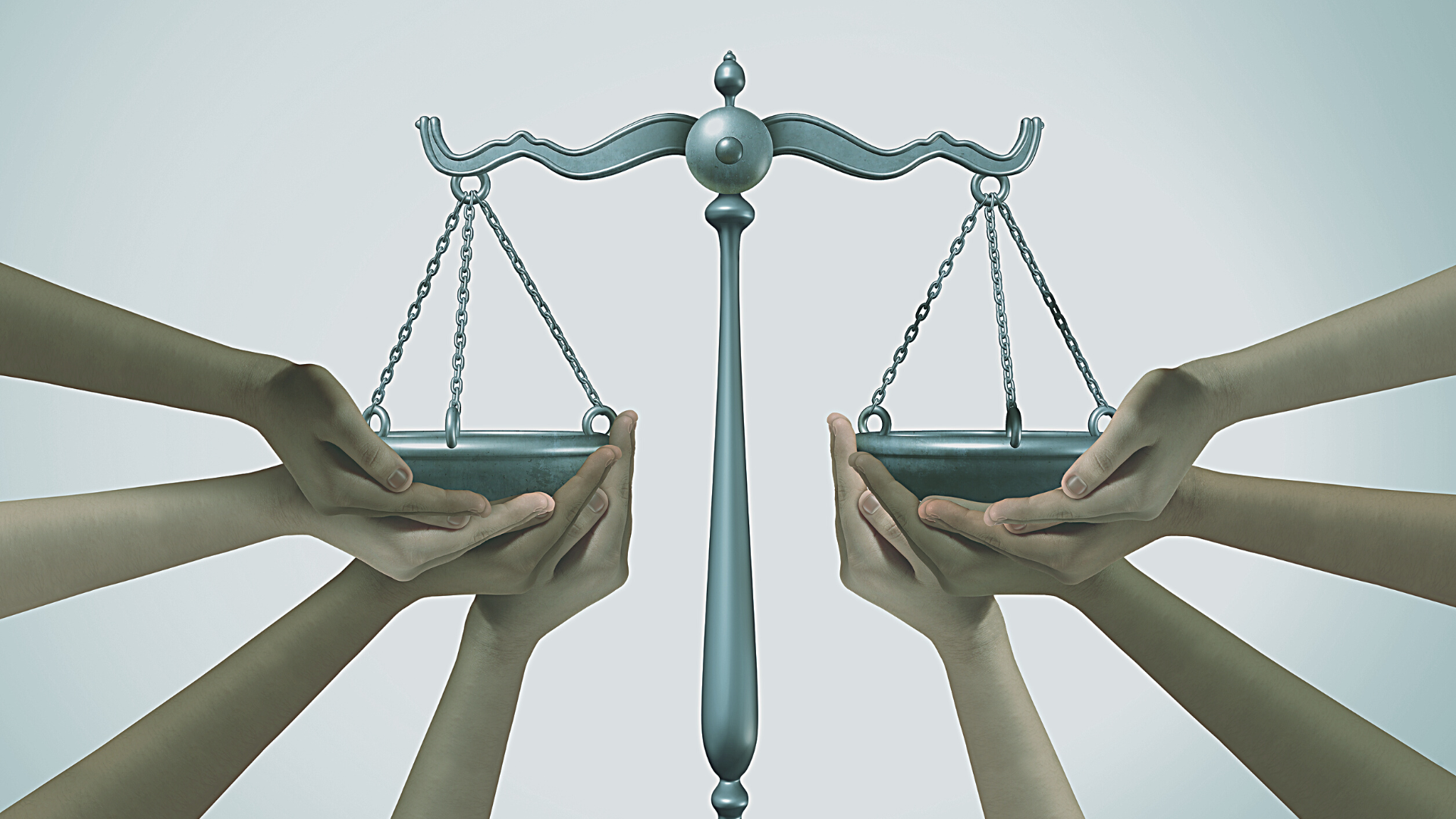 In the early 1970s, the American philosopher John Rawls (1921 – 2002), a Harvard professor, published the book “A Theory of Justice,” which presented a plausible theory for promoting justice in a democratic society. Rawls’ proposal was based on a “social contract” to be concluded by the “founding fathers” of society and materialized into principles that should be seen as rules of pure reason without predefined material content. A proposal that merged Kantian elements (the rules enunciated as imperative) and Rousseaunians (the idea of contract).

The work provoked immense controversy and made Rawls the most discussed political scientist of the twentieth century, and more than fifty years after its publication remains available in most languages. Quite generally, what Rawls proposed was:

Rawls believed that these principles would be adopted by any rational person unaware of their societal position. Rawls’ principles motivated multiple responses (including Robert Nozick’s) and still await empirical application. In this short text, my goal is not to criticize or defend the American thinker but to raise some considerations that cast doubt on his proposal’s desirability – not the feasibility –.

First is the primacy of justice. Since the Greeks believed that justice is the supreme value in society. No one seems to dispute this formula, but most get in the way of defining justice. The concept may be positive in law, but as a philosophical formula, it raises more questions than answers; the materialization of the idea of justice makes it challenging to apply the general principle and pure reason that Rawls advocated.

Secondly, there is the problem of evolution. Living beings and societies evolve, and it is excellent that they do. Still, nature is not a model of justice, at least not in our eyes – and evolution is a natural phenomenon that cannot be considered fair, as Hayek recalled in the late 1980s. Assuming that a material formula for justice is defined and that this formula is acceptable to all, what to do when the natural evolution of society leads to question it? How to modify the content of this formula without harming acquired rights? How to democratically convince people that the best thing to do is to change the formula because social change requires it?

My third point to raise is the subordination of freedom to justice. Individual freedoms, according to Rawls, must exist to promote justice, understood as the ultimate end of society. But wouldn’t freedom be a greater value? Of course, absolute freedom is not defended without any restrictions. Still, I believe it is necessary to support the maximum freedom for each one so as not to prejudice the freedom of others. And if it has to be “managed” to ensure justice – which, as we know, does not have a universal definition – how can one ensure that this management does not reduce it excessively? It should also be known that according to Rawls’s second principle, justice involves reducing social inequalities; equality becomes a more relevant goal than freedom.

Finally, there is a more complex aspect left than everyone else. Rawls makes it clear that the principles of justice are those that would be worthwhile to a society of rational human beings. But are we purely reason? Should life be organized exclusively on rational bases? I don’t think so.  The entirely rationalized life would have to be planned, and every plan requires perfect knowledge of the environment in which it will work and can leave nothing to chance. Affections and beliefs, for example, gain nothing from rationality – even in its substantial aspect – because they are realized in life, not in thought.

Rawls passed away exactly 20 years ago. One proof of the vitality of his thought is that it continues to be discussed; on the other hand, the fact that we have been trying since 1971 to come up with a solution to their difficulties makes you wonder if the debate on the principles of justice will one day end. Honestly, I hope not, and that’s why I reminded Rawls – and I invite him to do so.