Phenomenology in the social sciences: a summary 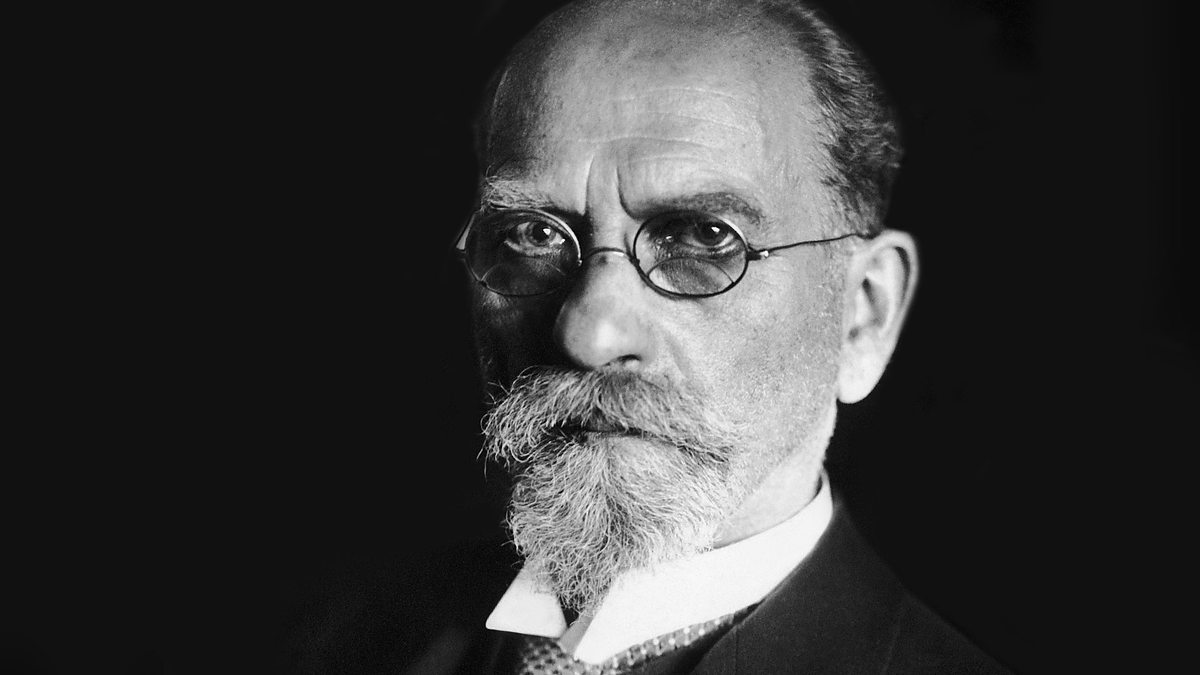 Phenomenology in the social sciences: a summary

“Phenomenon” means what is shown, not only what appears or seems (BELLO, 2006) or in the words of Husserl: “everything that is experience, unit of experience of an self (…)” (HUSSERL, 1988, p. 176) and to the author necessary for utilization of a method that can be the understanding (cited BELLO , 2006). To Abbafnano (1993) the phenomenology was understood by Husserl as a theoretical science, intuitive, impersonal, non-objective, a science of the origins, the first principles and the subjectivity, or accordingly to Galeffi (2000) the critical method of universal knowledge of essences.

Abbagnano (1993, apud BOAVA & MACEDO, 2011) states that Husserlian phenomenology is an intuitive science, as it tries to apprehend the essences that present themselves to reason in a way analogous to the way things are presented to sensitive perception, making it possible to understand the meaning of things at different levels of understanding, with some being captured immediately and others with greater difficulty (BELLO, 2006). The act of perceiving is called noesis (the cogitatio) and the perceived noema (the cogitatum), the first being the object of investigation in phenomenology (BOAVA & MACEDO, 2011). The search for the meaning of things, that is, their essence or eidos, what can be captured and intuited, is the objective of phenomenology, and its point of interest is not the facts as facts, but their meaning. In Husserl’s view, psychic facts are not equivalent to physical facts (SARDI, 2001, apud BOAVA, MACEDO & ICHIKAWA, 2010). The existence of facts is put in parentheses so that their essence can be understood.

According to Galeffi (2000, p. 16 ) there is an empirical or descriptive psychological phenomenology, related to the sphere of experiences, of the “I who live” and a transcendental phenomenology, which is disconnected from the empirical reference, intending to be a doctrine of the essence of knowledge (a priori ), gnosiological. The latter is a phenomenology of constituent consciousness, having no objective axiom. Its interest is not objectivity or establishing truths for objective being, or objective science, but consciousness as itself. It’s task is to bring light to the nexus between true being and the knowing, investigating in a general manner the correlations between act, meaning and object.

And despite the word “phenomenon” meaning “that which appears”, the phenomenological study is mainly aimed at appearing itself, the phenomenon of consciousness, where the subject of knowledge itself is investigated in its behavioral structure thanks to the interdependence between “consciousness that knows and the world or object appearing or shown as knowable “(Galeffi, 2000, p. 25, emphasis added by the author) being this search of the meaning of the experiences that come to consciousness something fundamental to phenomenology ( BOAVA, MACEDO & ICHIKAWA, 2010 ).

Prior to perception, there is a path called by Husserl passive synthesis, a gathering of elements that we do without realizing it. Before we say that we have the perception of a glass that we see, there are some operations – such as the distinction between an object and another. Through perception we enter into acts of consciousness , terrain where we differentiate the various acts of different qualities. Consciousness is the state of being aware of the acts we are performing, “an inner light that accompanies all acts”, in the words of Edith Stein (BELLO, 2006).

When trying to report what is directly given in consciousness, phenomenology describes and analyzes the relevance and meaning of human experience (BOAVA & MACEDO, 2011). For Mora (1963 apud BOAVA & Macedo, 2011) the conscience for Husserl is intentional and acts as a beacon that sheds light on aspects, appearances or what presents itself to consciousness and also according Boava and Macedo (2011) Husserl saw consciousness as the essential condition of knowledge, which is always the awareness of something. But for Husserl (1990) knowledge is unable to reach the things themselves, because it is only human knowledge linked on human intellectual forms and consciousness being only human consciousness, therefore it is an phenomenal existence, a way of being-in-world .

For Bello (2006), consciousness is not a physical or specific place, it does not have a psychic or spiritual character, but it is like a point of convergence for our operations. According to her, we only know the psychic and spiritual corporeal dimension thanks to consciousness, which allows us to do or say what we want. For the author, the first level of awareness is at the level of perceptive acts, such as seeing and touching, with reflexive acts being on the second level, a kind of awareness of perceptive acts, where acts are registered, being in the field of recording of acts where everything that is experienced by us takes place and based on the analysis of the bodily sensations we register, we can affirm that we have a body.

Continuing with Bello’s (2006) thought, beyond the corporeal and psychic sphere, there is the sphere of the spirit, where we register the act of controlling our body and our psyche. The spirit is the human part that reflects, evaluates and decides and is linked to the acts of understanding, reflection and decision. Husserl saw our psychic dimension, or unconscious, as an important dimension, which in the Freudian view is who commands our unconscious. However, it is not the only dimension to command us, also having the spiritual dimension, which also does command us.

There are variations of the phenomenological method, only one, notor the method. According to Spiegleberg (1982, p. 681 apud BOAVA & MACEDO, 2011) a step by step that is adopted by several phenomenologists is the following:

In his investigations, Spiegelberg (1984) identified that among the most used steps by several phenomenologists are (apud BOAVA, MACEDO and ICHIKAWA, 2010):

In general, the first three steps are adopted by practically all phenomenologists, while the last two steps are practiced by followers of the hermeneutic phenomenology (BOAVA, MACEDO and ICHIKAWA, 2010).

3 . 1. The eidetic reduction and the phenomenological reduction

In eidetic reduction, the objective is to reach eidos, the essence (BOAVA & MACEDO, 2011). The researcher must follow these steps: assume an objective attitude towards the data, trying to see only the data, the phenomenon; momentarily eliminate any theories, hypotheses, discoveries or other prior knowledge; suspension of human authority and the traditions of science, just observing the things that appear before the researcher’s eyes; revealing the neglected phenomena, seeing all the data and not just some aspects of the object; and describe the object, analyzing its parts (BOCHENSKI, 1971, apud BOAVA & MACEDO, 2011).

The phenomenological reduction, on the other hand, seeks to disregard the real world, in a kind of suspension of judgment, placing it in parentheses in order to limit knowledge to the phenomenon of experience of consciousness. So it is broken both the belief in the exterior world as well as the belief that things are as they appear (BOAVA & Macedo, 2011).

4. Some trends in the phenomenological movement

A phenomenological research is centered on the question of how people experience the world, in order to know the world in which they live as human beings (VAN MANEN, 1990, apud SILVA, REBELO & CUNHA, 2006).

Bello (2006) states that the human sciences cannot be effectively constituted without an adequate apprehension of what the spiritual dimension is in its relationship with the psyche and corporeality. Unlike research in positivist molds, a phenomenological research cannot follow predefined models. In general, the researcher who starts a phenomenological research does not have a problem formulated in a clear and objective way, nor working hypotheses, means to define in advance the size of the sample,  hoorw to structure the data collection instruments and their procedures for analysis (GIL, 2010).

In the positivist perspective, social facts are treated as things, and it is up to the researcher to define the unexplored area of ​​knowledge and propose the carrying out of research, through the use of technical procedures already recognized by the scientific community. In phenomenological research, on the other hand, the explanation and analysis of facts are not privileged, giving way to description (GIL, 2010). The facts are not taken as things in themselves and there is the intention of making the research reader enter the researched phenomenon, reflecting on their own experience, based on the report made by the interviewee (ANDION, 2003).

For Giorgi (2008, apud BOAVA & MACEDO, 2011) a phenomenological research must demonstrate that it has knowledge of the intentional nature of consciousness, using reduction and detailed descriptive practices, searching through free and imaginary variations, essences or structures specific to the discipline.

5. 1. Stages of a phenomenological research

The first moment of a phenomenological research is the pre-reflective one, where the researcher intends to know something, however, something that is not well explained (BICUDO, 1994, apud GIL, 2010). The initial question proposed by the researcher serves as a north and should be drawn up so that the researcher have freedom (ESPOSITO, 1994 apud GIL, 2010). It cannot be definitively formulated, as it can be changed during the relationship with the subject. Unlike other research methods, in the phenomenological method, the researcher does not elaborate hypotheses to answer the problem, as he must try to set aside what he knows or supposes about the phenomenon.

To obtain data, asking participants to report in writing their experience is the most adequate procedure, however, as many people have limitations on expression through writing, interviews are usually the most used technique, especially not structured interviews (VAN MANEN, 1990, apud GIL, 2010).

The themes in phenomenological research are delimited based on the establishment of categories and are a way of finding meanings in the world experienced by the researched (SILVA & CUNHA, 2016).

Bicudo (1994) states that it is worth remembering that the phenomenological method has been implemented for the empirical sciences by Husserl’s followers, not by him (apud GIL, 2010). One of the first to adapt the phenomenological method of philosophy for empirical sciences was van Kaan (1956; 1966) with the most used adaptation of his method consisting in the following steps (apud BOAVA & Macedo, 2011, p 477.):

After the previous steps are completed successfully, the description of the constituents of the phenomenon being investigated can be considered as valid and effective.

A variation of Van Kaam’s method is the one from Moustakas (1994, apud BOAVA & MACEDO, 2011) where all expressions relevant to the experience are listed and grouped, the invariant components are determined, using as a criterion the possibility of the expression being abstractly and labeled if it contains “a moment of experience that is a necessary and sufficient component to understand it (…)” (BOAVA & Macedo, 2011, p. 477). The invariant components are then grouped and thematized, and must be explicitly expressed in the interview transcript, or, if not, must be compatible with them, eliminating those that are outside these two criteria. The validated invariant constituents and themes for each description of the experience are used for individual text description and from this description, the individual structural description is made, that is based in the description of each experience and in the free imaginative variation. Lastly, the structural textual description is made, a description of which must represent the group as a whole.

Van Manen (1990, apud BOAVA & MACEDO, 2011) has another variation of the method, which seeks to assign meaning to some aspect of human experience, which is explored in all its modalities and aspects, reflecting on the essential themes that characterize the phenomenon and preventing the investigator’s preconceived conceptions, experiences, memories and opinions from interfering with the investigation. Finally, the research context must be balanced, considering the parts and the whole of the phenomenon.

Finally, there is Giorgi’s (1985) method, which according to Boava and Macedo (2011) is the most used method in the human sciences, consisting of the following four steps: