Participation in the Seminar of Scientific Initiation of ESAG UDESC 2018

Participation in the Seminar of Scientific Initiation of ESAG UDESC 2018

Between the 4th and 6th of September the “III Seminar on Research and Post-Graduation in Administration and Socioeconomic Sciences” (http://eventos.udesc.br/ocs/index.php/poscs/iiisppg) and the “28th Seminar of Scientific Initiation” were hold at UDESC/ESAG.

The objective of the Seminar of Scientific Initiation is to provide Scientific Initiation students and other ESAG researchers with the opportunity to present and discuss their work as part of the research project through oral communication and, at the same time, to gather scholars, mentors, researchers and funding agencies involved in research activities, for a greater exchange of information and experiences (http://www.esag.udesc.br/?id=1752).

On September 5, Scientific Initiation students had the opportunity to present the partial and final results of research projects developed during the period from August 2017 to July 2018. Among them were the students Andrei Costa Colonetti and Verônica Pereira de Souza, participants of the AdmEthics project, linked to the Research Centre for Social Innovation in Public Sphere – NISP.

Andrei presented the theme “Understanding the moral dilemmas experienced in public management: dynamics of the political agenda of abortion in the federal senate”. Her work included the data collection that was used for the elaboration of the article “Dynamics of the Political Agenda of Abortion in the Federal Senate in the Period from 1988 to 2017”, by Maria Clara Ames, Mauricio C. Serafim, Marcello Zappellini and the own Andrei, which was approved and presented at CIDESP – International Congress of Performance of the Public Sector 2018 (http://cidesp.com.br/index.php/Icidesp/2cidesp/paper/view/561). The article analyzed the dynamics of the Senate agenda in relation to the abortion morality policy during the years 1988 and May 2018. The research revealed that there was an intense discussion in the Senate, with several different actors interested in defining the issue in the Senate participating in public hearings. There has been an increase in the number of statements in the last decade, with a greater number of occurrences in the electoral years of 2010 and 2014, since it was a recurring theme in the presidential debates. From these pronouncements, 23.7% maintained a neutral tone on the subject, 25.9% favorable and 49.3% contrary.

Verônica presented the work “Gamification and moral competence in public management”, which discusses how the gamification – defined by Yu-kai Chou as the identification of elements that generate engagement in games and the respective application to real or productive activities, can help in the application of the Moral Judgment Test (MJT) – elaborated by Georg Lind and whose objective is to evaluate the competence of moral judgment – in order to increase the degree of immersion of the respondents when compared to the application of the physical questionnaires. Among other activities, Verônica carried out a bibliographic search on the subject at the bases EBSCO, Scopus and Web of Science, covering the period 2017 and 2017. Some results are being analyzed.

Both students were evaluated by two invited professors from other universities. A great opportunity to exchange ideas and get suggestions for improving your researches. 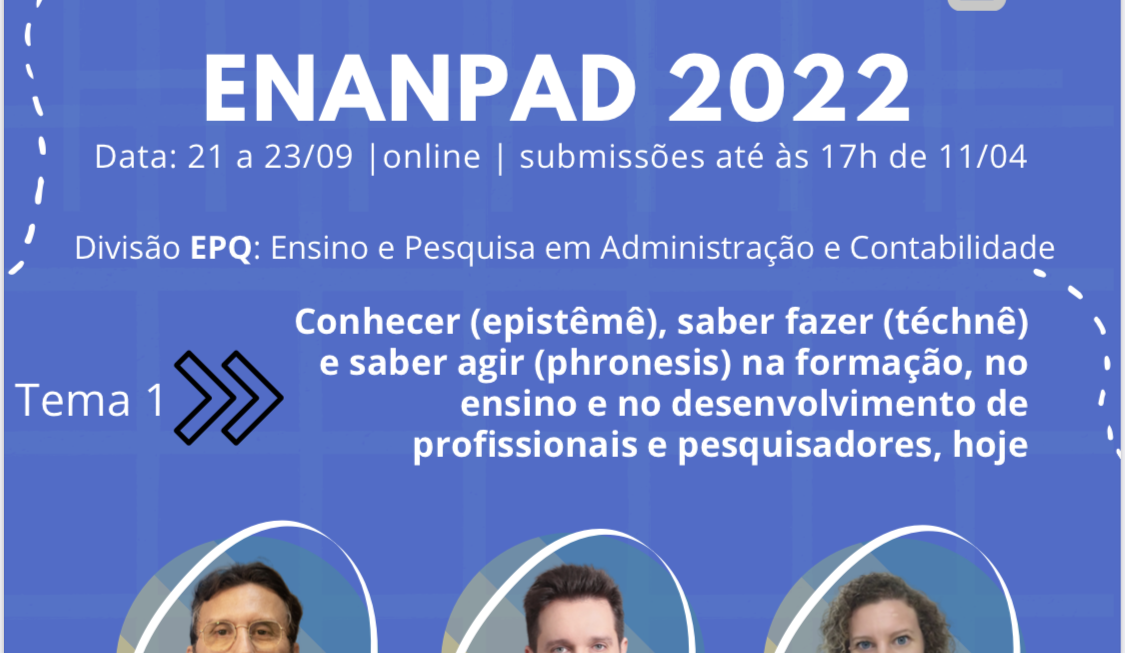