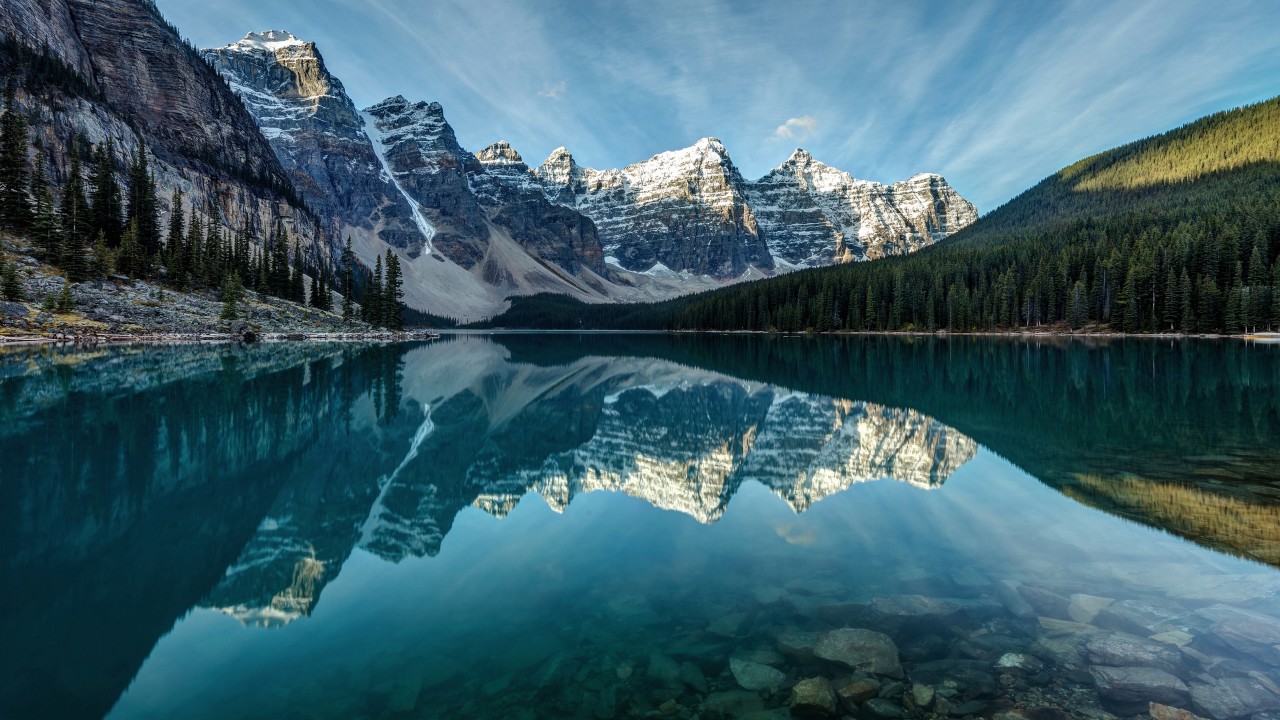 This article intends to bring some definitions for the mindfulness construct, used not only to describe a meditation practice, but also an individual and collective characteristic.

Mindfulness as a meditation practice

Concentration meditation consists of the restriction of attention to a single object or point, generally the experience of breathing, a mantra, a Koan (a story, dialogue, statement or question used in Rinzai Zen tradition) or a visual object. In concentration meditation, a mental activity that not the one elected to be the focus of attention is perceived as a distraction (KABAT-ZINN, 1982).

In contrast, mindfulness meditation presupposes concentration to maintain a constant attention, not restricting attention to one object, but doing a detached observation of a constantly changing field of objects, moment after moment (KABAT-ZINN, 1982). Firstly, one object is the point of concentration and after attention is relatively steady, the field of objects of attention is expanded, ultimately including all mental and physical events just as they happen in time. This is not a trivial task, as the mind’s tendency to wander and become preoccupied with the content of emotions and thoughts, having the meditator to bring back attention to detail of momentary reality, to return attention to the present.

Kabat-Zinn (1982) underlines that in awareness meditation practice, even the wandering of the mind is not considered a distraction. Every event is an object of observation, with no absolute or relative importance or value in terms of its content, been them simply noted as they arise.

For Sutcliffe et al. (2016) the definitions of individual mindfulness are more convergent than divergent, being common in these definitions that mindfulness is a specific state of consciousness, which the individual focuses his or her attention on the events of the present moment. Many of the definitions found by Sutcliffe et al. in their cross-level review of mindfulness in organizations are rooted in Brown and Ryan’s (2003, p. 822) definition of the construct, that mindfulness is “the state of being attentive to and aware of what is taking place in the present”, found in the Journal of Personality and Social Psychology.

The authors pointed out that Attention and Awareness are both intertwined and encompassed by Consciousness that is distinct from other modes of mental processing (as emotions, motives and cognitions) being possible to one be conscious of emotions, motives, thoughts and sensory and perceptual stimuli. Awareness is in the background of Consciousness, working as a “radar” of it, monitoring the outer and inner environment. But one can be aware of stimuli, without putting it on the center of attention. So, attention is “a process of focusing conscious awareness” (BROWN and RYAN, 2003, p. 822). As both attention and awareness are generally constant features, mindfulness can be treated as a more intense level of awareness of and attention to present reality or current experience (BROWN and RYAN, 2003).

Langer (1989) views of mindfulness are similar to Brown and Ryan’s definition, seeing it as a state of alertness and lively awareness, that may be seen as being aware of context and differentiation, refining multiple categories and distinction and creating new ones, having a more nuanced context recognition. In mindless mode, the individual relies on distinctions that have already been drawn and categories that have already been set. Therefore, mindfulness and mindlessness not only quantitatively differentiate from each other 10 – as the amount of information being processed – but also in a qualitative way. Categories that were previously created in a mindful mode traps the individual when in a mindlessness one.

The construct of collective mindfulness was initially developed in high-reliability organizations (HROs) studies, to explain how they refrain catastrophe and perform almost with no errors under trying conditions (SUTCLIFFE, VOGUS and DANE, 2016). Usually, common examples of HROs are air traffic control systems, nuclear power-generation plants and space shuttles (WEICK; SUTCLIFFE and OBSTFELD, 1999). Weick et al. (1999) point out that HROs focus on resilience, anticipation, failure instead of success, tactics, and change instead of strategy and the present moment rather than the future.

Hannan and Freeman (1984, apud Weick et al., 1999) defined reliability as the capacity to repeatedly generate collective outcomes with a minimum amount of quality and to achieve organizational reliability is needed to develop highly standardized routines.

The misleading of the previous definition according to Weick et al. (1999) is characterizing rehabilitate as lacking variance in performance. They point out that for the maintenance of system reliability, the unforeseen situation must be handled, anticipating accidental consequences. Considering routines as the source of reliability, and therefore combining stability with variation, makes it more difficult to understand reliable performance under trying conditions.

For them, mindfulness in HROs is more about interpretation and inquiry grounded in capabilities for actions than decision making and accident prevention, and not only activated by novelty, but is more like having a continual mindset that admits chances that any well-known event is not perfectly known and capable of novelty. Rather than hesitant action, this ongoing wariness is expressed in active, continuous revision and revisiting of assumptions.

Inducing form effective practice in HROs and from accident investigations, Weick et al. (1999) saw a state of mindfulness that seems to be created by at least five processes: preoccupation with failure; reluctance to simplify interpretations; sensitivity to operations; commitment to resilience; and underspecification of structures.

Failure is not seldom seen in HROs, and therefore, they have to be preoccupied with something that rarely occurs. In this scenario that learning conditions are not ideal, HROs must treat all failures as windows on the health of the system, analyzing near-failures and 11 focusing on the liabilities of success. Weick et al. (1999, p. 41) stated that in HROs that are more effective:

Simplifying the way that the current situation is interpreted is a common practice in organizations, allowing members to keep going by ignoring data (Turner, 1978 apud Weick et al. 1999). But in HROs implications are potentially dangerous, as they increase the possibility of eventual surprise, by limiting the number of undesired consequences and precautions that people take and allowing intuitions to be disregarded, accumulation of anomalies and a more serious growth of undesired consequences (Weick et al. 1999).

In HROs, sensitivity to operations is generally described by the phrase “having the bubble” borrowed from the Navy (ROBERTS and ROUSSEAU, 1989 apud WEICK et al. 1999). For Endsley (1997 apud WEICK et al. 1999) having the bubble is analogous to the notion of situational awareness, defined as the perception of the aspects in the environment within a volume of space and time and the comprehension of their meaning, projecting their status in the near future, something that require individuals to share between then information and interpretations. Having the bubble refers to an arduous goal of a high level of situational awareness, a big picture that any operator forms (WEICK et al. 1999). Accordingly, to Roth’s (1997 apud WEICK et al. 1999) studies of operator’s decision making in simulated nuclear power plant emergencies, sensitivity to operations is attained through a combination of shared collective story building, situation assessing with continual updates, mental representations, knowledge of physical interconnections and parameters of plant systems, multiple bubbles of varying size and active diagnosis of the limitations of preplanned procedures. Weick et al. (1999) stated that Roth’s work makes clear that images as “situation awareness” and “the bubble” are not dynamic and deep enough to apprehend continuous monitoring, formulating, story-building and acting.

Resilience is both recovering from errors and dealing with surprises at the moment, utilizing the change that is absorbed and without waiting to respond an error to strike (WEICK et al. 1999). HROs also look ambivalently toward the applicability of past experience, having simultaneously belief and doubt in then, something important for adaptive action when danger is founded (WEICK, 1969; 1979 apud WEICK et al., 1999).

Finally, in mindful organizations structuring is continual and structure a variable with designs and routines being fluid (WEICK et al. 1999). When facing danger, HROs gain flexibility by performing moments organized anarchy (RASMUSSEN and BATSTONE, 1989; PERROW, 1994; VAUGHAN, 1996 apud WEICK et al., 1999), moving the organization to a garbage can structure, where:

“problems, solutions, decision makers and choice opportunities are independent stream flowing through a system. These stream become liked by their arrival and departure times and by any structural constraints that affect which problems solutions, and decision maker have access to which opportunities” (COHEN, MARCH and OLSEN, 1972 apud WEICK et al., 1999, p. 48).

When examining an anomaly, hierarchy is subtly exchanged with expertise, allowing problems to migrate and allowing a wider number of people to make sense of innovative cues and decide if they imply in a transient event or a problem (WEICK et al., 1999).