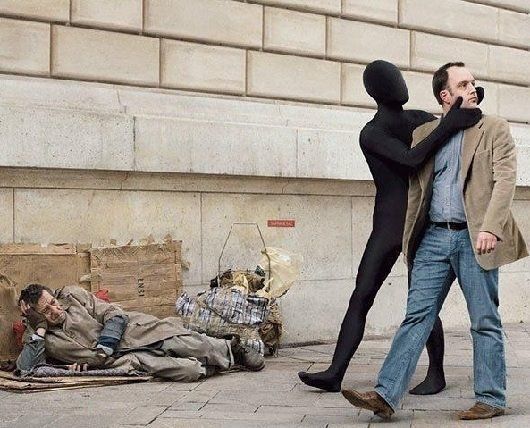 In utilitarian thought, the definition of morality will necessarily derive from
articulation between sensitivity and rationality. The most immediate aggregation is with
the Hobbesian model, where pain and pleasure are determining characteristics of
cognition. The conception of Bentham establishes that nature placed humanity under the
dominion of two sovereign masters: pain and pleasure. It is only for them to indicate
what we should do, and also to determine what we will actually do (Bentham, 1979).

Following that thought, Mill adds that the moral foundation of Utility – also
described as the great principle of Happiness – holds that actions are correct in
proportion as they tend to promote happiness, and likewise, wrong from the moment
they tend to produce the opposite of happiness, for “through happiness one intends
pleasure and the absence of pain; by unhappiness, pain and deprivation of pleasure
“(MILL, 2007). Mill adds, therefore, that in order to have a sense of the moral standard
established by theory, one must go deeper into conceptions of pain and pleasure, and to
what extent these are “open questions”.

Mill asserts that the pleasures of an animal do not satisfy the conceptions of
happiness of a human being. Since humans have higher faculties than the appetite of
animals, they also emphasize the existence of the superiority of mental pleasures over
physical pleasures, since the former have greater permanence, safety, and lower cost
(Mill, 2007). It is admissible to say that in utilitarianism there are different kinds of
pleasures that are more valuable and desirable than the others: “of two pleasures, if there
is one which all have experienced of both, and give a clear preference regardless of any
sense of moral obligation to prefer- it will be the most desirable pleasure “(MILL,
2007).

Mill continues, in a deeper dimension of the sense of happiness and search for
pleasure when he assumes that a being of higher faculties requires more to be happy,
and that he is capable of the most intense suffering, refusing to sink into what he
believes to be a lower level of his existence. At that moment, I believe that Mill is
referring to a happiness as an end, not based on the emomentaneous superficial search
for a happiness that is summed up in pure pleasure. This being of higher faculties is able
to endure a pain – even if it seems contradictory – to achieve a greater end that allows
perennial happiness, the attainment of personal wholeness. The most appropriate
designation of this being is the sense of dignity.

Men with weakness of character, says Mill, often choose the nearest good, even
knowing that it is less valuable. The author adds that:

“The ability to feel more noble, it is in most natures, a
a very fragile plant that easily dies not only from hostile influences,
but languished by the mere lack of food; and in most of the young women it
rapidly wanes if the occupations to which their positions in life and the
society in which it has launched them are not favorable to
exercise this superior capability”.

virtue of joint happiness where he is able to make other people happy. “The world in
general gains immensely from it” (MILL, 2007). The philosopher then adds that
selfishness is the main cause that makes life unsatisfactory, followed by lack of
intellectual development. The author attacks selfishness and attributes to him people
who are concerned only with their “miserable individuality.”

The author reflects by writing that:

“In a world where there is so much to be concerned, both to appreciate, and
both also to correct and improve, everyone who has this amount moderate
moral and intellectual requirements will be able, so to speak, to have an
enviable life; and, unless such person, through bad laws or subjection to the
will of others, is denied the freedom to use the sources of
happiness within reach, she will not fail to find this existence
enviable survival of the undeniable evils of life, the great sources of
physical and mental suffering” (MILL, 2007).

Further on, Mill claims to be virtue rather than happiness, asserting that there is
honor in him who renounces his own pleasure by increasing the amount of happiness in
the world. “Utilitarian morality recognizes in human beings the power to sacrifice their
greater good for the good of others.”

At this moment of the reading, it took a pause for a consideration that has been
worrying me for a long time. I call this attitude quoted in the above paragraph of
altruism, going further, of empathy. Altruism because only the human being who cares
for the other and presents an unselfish love is capable of sacrificing himself in virtue of
the other. Empathy because this is the art of putting yourself in the other’s place through
imagination, understanding your feelings and perspectives, and using that understanding
to guide your actions. Empathy can be briefly summed up as “do unto others as you
would have them do unto you.” This assumes that their own interests coincide with the
interests of the other (KRNARIC, 2015).

I regard empathy as an extremely necessary characteristic these days, where
individualism and selfishness are almost taken as necessary, I prefer to analyze
situations from another perspective: putting myself in the place of the people who are
involved in them. This daily exercise makes my unease about the problems that
surround me almost overwhelm me, but make me more human so that – even if
painfully – I put myself in the place in the other in order to understand it and go further,
aiming at actions positive change.

Unfortunately, the youth suicide rate in Brazil has increased by 10% since the
2002 aged between 15 and 29 years (BBC NEWS, 2017). There is no single reason for
this, however the increase of depression among young people, the anxiety disorder –
where, according to the World Health Organization, Brazil leads the world rankings –
are just a few symptoms that reflect a sick society.

According to the Ministry of Health (2018), in the world, more than 800
thousand people your life a year. In Brazil, 11 thousand years commit suicide, being a
third greater cause of death between men and women, with 15 years of age.
(MORTALITY INFORMATION SYSTEM, 2017). It is difficult to understand what
leads young people and children to try to commit suicide; there are hypotheses: feelings of abandonment, experience of physical or sexual abuse, family disorganization,
mismatch at school or at home, and hopelessness about the future. Bullying also appears
as a motivator and carries the risk of taking a life (ZERO HORA, 2016).

Such data could be further analyzed, but this is only a sign of the social fragility
we are living. We have increasingly weakened people, we have an individualistic
society, focused on suppressing their own expectations. We have people suffering, and
as a result of the derivation of social egoism, we have people focused on their own
happiness, unable to think that it is also happy who thinks about the other, and above all
places in his place.

Utilitarianism is perhaps viable for the formulation of public policies; as moral
conduct for our society, weakened by individualism, it is necessary first to think of
values and virtues on a personal level, for only when each individual is able to love the
other as himself does moral utilitarianism begin to be useful in order of aligning such
diverse interests and perspectives, which today, unfortunately, has not found a common
ground.