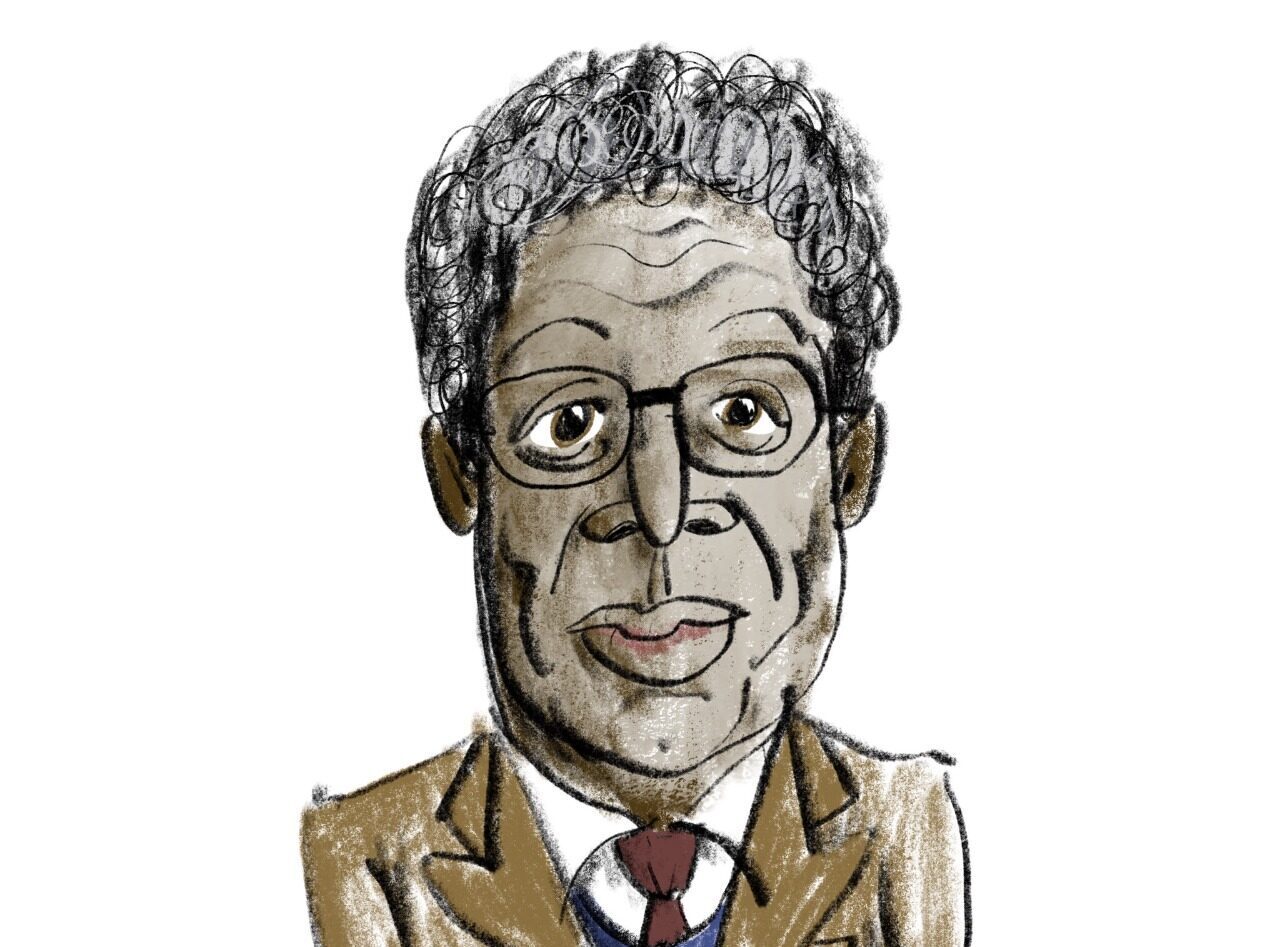 English philosopher Michael Oakeshott was born and died in 20th century Europe, thus being an eyewitness to the rebirth of great authoritarian states and the countless wars and civil clashes that they created or sponsored. His social environment and the conditions imposed by his time shaped Oakeshott’s investigation, which dealt with topics related to liberal education, moral and philosophical conservatism and political rationalism, which he ironically called the politics of perfection.

The political rationale is an individual who believes that he has separated himself from all the traditional knowledge of society, denies the value of any education more extensive than the mere training of a specific analysis technique. Political rationalism will generate what Oakeshott called policies of faith, which exist in opposition to the policies of skepticism.

The policy of faith has this name not for a religious reason, but because it is built on an absolute and indisputable belief in supposedly rational dogmas and in a supposed infinite capacity of the human being to be what he wants to be. It is the kind of policy that gives the government a blank card to design society the way it wants, even if it has to be done through coercion. There was no better example in the 20th century than the three dominant authoritarian doctrines, which Oakeshott called sisters, the socialism, the fascism and the national socialism.

On the other hand, the policy of skepticism found great support in Catholic doctrine and in the liberal tradition, since for both of them it is unthinkable that men have the authority to plan and impose a way of life for society, which is configured as a pretentious ignorance defended by individuals who have no respect for mankind and are willing to make them the means to achieve their ambitions. Each one defends this point for its particular reasons, for Catholic doctrine this claim directly attacks the dignity of the human person and inhibits the exercise of virtues, which needs freedom, for the liberal tradition, hurts the basic principle that a human being it can never be the property of another.

The most visible materialization between the two ways of thinking about politics is represented by the different answers to the question “what should the government do?”. For the politics of faith, the government is the main agent of human improvement, the function of the State is to control and organize human activity, towards well-being, for the policy of skepticism, Leviathan must limit itself to maintaining a minimum order and stability that allows freedom not to be threatened and institutions, like the market, can function with some predictability. In short, the first proposes to bring paradise to earth, while the second only proposes not to allow the earth to become hell.

Thus, the most perverse consequence of the naturalization of the politics of faith, is that it attracts dreamers and adventurers to the political environment who believe they have in their hands all the tools and possibilities to change the world and create an earthly paradise. These adventurers of revolutionary ambition were responsible for the great humanitarian tragedies of the second half of the 20th century.

In the wake of Michael Oakeshott’s ideas came economist Thomas Sowell. American and not English, and also a little more recent, Sowell has a different background than Oakeshott and, as far as we know, there was no communication between them. This did not prevent their convergence of ideas, such as the idea of a limited and unlimited view of man, but that is for a future text.

Despite being a university professor for more than 50 years, Sowell remains a great critic of the academic community, and created great controversy in 2010 by launching his best-known books, The Intellectuals and Society, which caused a scandal in many of his peers , in the same way as he had already done in 2004, when he published Affirmative Actions Around the World, where he dared to expose the inefficiency of one of the main dogmas of the civil religion that dominates the Western academy.

In his 2010 work, Sowell exposes, with the same perspicacity and rawness that Nelson Rodrigues would have done with the carioca bourgeoisie, another select caste of privileged: The Enlighted Intellectuals. This caste, composed mostly of academics, journalists and jurists, is a signatory of political rationalism and strongly believes in scientism (the idea that scientific knowledge is superior to any other form of knowledge dispersed in society, be it mythological knowledge , philosophical or others). Since scientific knowledge is the only valid one, the institution that transmits it, the university, is superior to any other institution that transmits diverse knowledge: academic is more important than the market, which informs about prices, scarcity and production, it is superior to the family that transmits knowledge in an intergenerational way, it is superior to the churches that keep traditional knowledge alive.

In his 2010 work, Sowell exposes, with the same perspicacity and rawness that Nelson Rodrigues would have done with the carioca bourgeoisie, another select caste of privileged: The Anointed Intellectuals. This caste, composed mostly of academics, journalists and jurists, is a signatory of political rationalism and strongly believes in scientism (the idea that scientific knowledge is superior to any other form of knowledge dispersed in society, be it mythological knowledge , philosophical or others). Since scientific knowledge is the only valid one, the institution that transmits it, the university, is superior to any other institution that transmits diverse knowledge: academic is more important than the market, which informs about prices, scarcity and production, it is superior to the family that transmits knowledge in an intergenerational way, it is superior to the churches that keep traditional knowledge alive.

Following the logic, if science is the only valid knowledge and, therefore, the university is the superior institution among all others, then the university professional, the intellectual, is the superior member of society. In this position, the Enlighted Intellectual finds himself imbued with the mission of coordinating and commanding society in its smallest details, since he is the great enlightened person, who holds the sovereign domain of the technique, so he knows better what is the way to be to live, for himself and for the rest of the population, who did not have the privilege of being also an admirable member of the caste.

Like any good member of a privileged caste, the Enlighted Intellectual also has generous privileges, one of which is that he will never be charged for his ideas. If an engineer builds a building with fundamental errors and causes the death of many people, he will certainly be held responsible and, hopefully, punished. But what about the intellectual who defends genocidal political systems? There is no clear accountability, he is immune, few works represent this better than the 2013 Cannes film winner L’Image Manquante. The work directed by Rithy Pah portrays the horrors and atrocities of the Pol Pot communist dictatorship, responsible for the death of 2.5 million people, while showing the applause and pledges of love given by French intellectuals, who saw in the tyrant a courageous revolutionary, who guided Asia towards a bright future far from European imperialism.

But it is not just in the field of ideological politics that Enlighted Intellectuals are immune from accountability, examples abound as economists who year after year make their predictions about inflation and production crises wrong and still maintain columns in The New York Times for decades, publics administrators responsible for the worst anti-inflationary plans that are reported and continue to be treated by the press and academia as a “reference in management”, biologists who at every statistical error on infectology seem to enjoy more social prestige.

Sowell is not afraid to quote directly, by way of example, a member of this caste and quotes quotes from Ronald Dworking, an American jurist, who affirmed “A more egalitarian society is preferable, even if that society prefers inequality”. And why is it preferable? Because the enlighted class so defined, and the unenlightened people, their private social laboratory, must passively obey, no matter whether they agree or not, after all who are they to question the Enlighted Intellectuals? What if the uneducated people still prefer a policy different from that advocated by intellectuals? Well, impose it by force, becuase I, the enlighted, know what is best for you, even if it costs a mega-inflation crisis or a small genocide.

It can be seen then that the Anointed Intellectuals, armed with their scientism, strongly believe that they have the capacity, and more, the natural right to command an entire society, and this is what makes them the representatives par excellence of political rationalism and, therefore, of Politics of Faith.

May we never lack the virtue of prudence, so that we may never irresponsibly adhere to a policy of faith.