Two queens and the moral anachronism 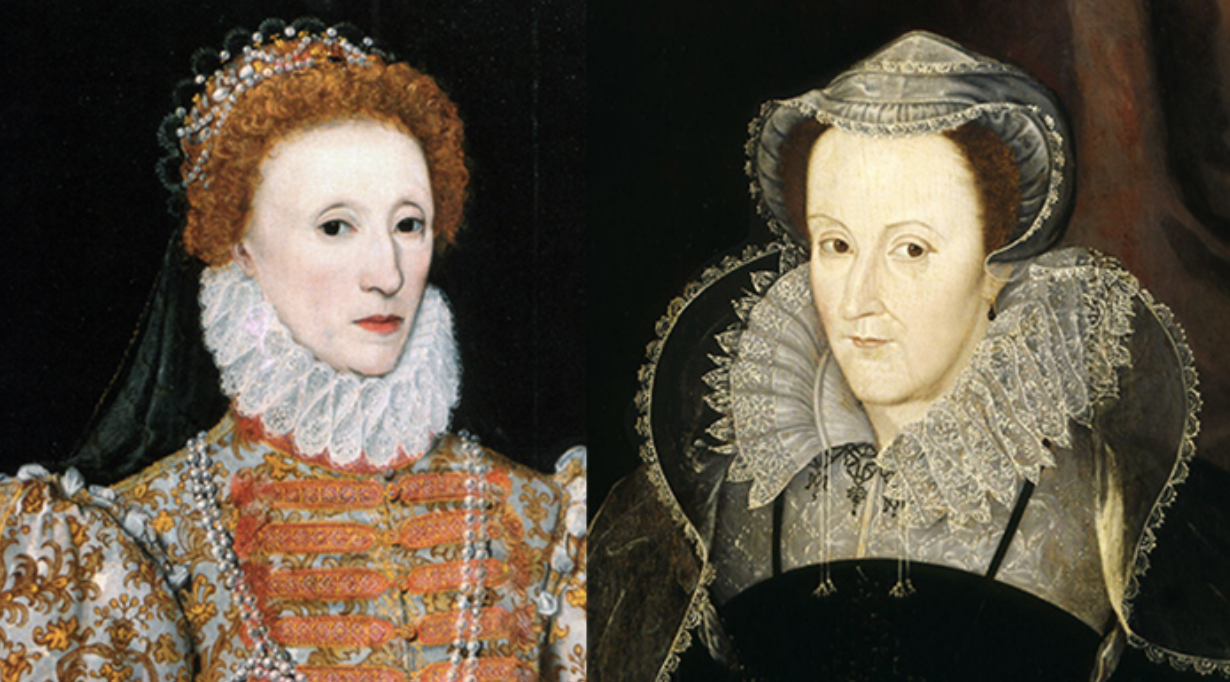 Two queens and the moral anachronism

Here’s a summary. Mary Stuart, daughter of James V of Scotland and Mary de Guise, ascended to the Scottish throne as an infant. She was also the legitimate heir to the British throne through her paternal grandmother Margaret Tudor (Henry VIII’s sister). She grew up in France to be the queen consort of Francis II, but this king’s untimely death sent her back to tumultuous Scotland. Mary was Catholic and returned to her country during the rise of Protestantism, but managed this situation, being even seen by Catholics as the rightful queen of England. By the way, there was one of the reasons for the rivalry of these queens, as Elizabeth I was the daughter of Anne Boleyn and Henry VIII and was not recognized by the Catholic Church as a legitimate daughter and heir to the English throne. In addition, several records portray the troubled relationship between the cousins, which ranged from friendly cordiality to competition, even in trivial matters such as who was taller or prettier.

Mary Stuart’s decline came after her second marriage to Henry Stuart (Lord Darnley). His poorly explained death is attributed to Jaime Hepburn, 4th Earl of Bothwell, whom Mary marries shortly after, raising suspicions about her involvement. Amidst political, religious, and personal issues, in a shallow catch, the earl is killed, Mary’s Protestant half-brother takes over as regent on behalf of James VI, her son with Lord Darnley, and the queen seeks asylum in England with her cousin. Elizabeth knew how dangerous it was to execute a queen (the same drastic end as her mother), so she kept Mary imprisoned until conspiracies against the English throne arose as an opportunity to convict the Scottish queen, long imprisoned for unsolved crimes.

It is not known how much Mary participated in all the speculations in which her name was involved. Still, history ended up making her a martyr, who spent her last years faithful to her truth, praying and dying for her religion.

The conflict between the two queens was the subject of films and books, including the famous Alexandre Dumas, who showed how the Scot was an example of moral rectitude.

So, after all, which one was lying? The art portrays a “Mary, always more woman than a queen, while, on the contrary, Elizabeth was always more queen than a woman” (Tapioca Neto, 2020, p. 7). However, suppose the artistic imagination, and perhaps history itself, induces an image of the pure and deceived Scotswoman and an English strategist moved to maintain her power. In that case, any attempt of judgment, in my opinion, falls into an anachronism. Mary herself betrayed and behaved in manners not acceptable today but familiar to the absolute monarchs of the time. But this is no reason to diminish her strength and courage, portrayed in the moral rectitude of her years in prison. On the other hand, Elizabeth was also an example of strength and courage, proving that “her sex was not incompatible with politics,” as was believed at the time (Tapioca Neto, 2020, p. 10).

This type of analysis inevitably leads us to moral anachronism, as it tries to judge with our lenses something that happened at another time and in another context. That’s why, when looking at facts like these, we shouldn’t try to find out who was right or wrong. We should seek where lies the truth of each one and what lesson we might take from each fact, that is, what remained despite the times.

In the case of these two queens, considering that one becomes courageous through courageous acts (Aristotle, 1999), Mary Stuart’s bravery is undeniable, and this would be proof of the moral rectitude attributed to her figure, who always acted according to her principles and was firm in your truth. Elizabeth, on the other hand, was also not deprived of virtues because, despite speculation, she showed great temperance by avoiding “at all times creating an enmity or conflict with her Catholic cousin and queen” (Silveira and Barbosa, 2013, p. 207), despite all the political difficulties it faced. Thus, the learning that remains is not the conclusion between villains and heroes. But, over time, some virtues will always be linked to the strength and courage sought among those who seek for themselves a moral and upright behavior and act according to their character to perhaps go down in history as an example of moral rectitude.