Black Mirror and death of ethics 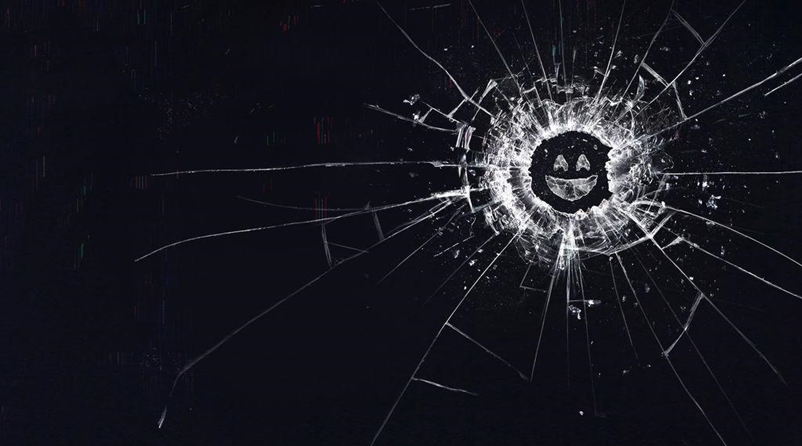 Black Mirror and death of ethics

Giges was a peasant of sheep, a morally respectable citizen, who worked for the ruler of Lydia. After a great storm and a trembling in the earth, a crater was created in the place where he grazed the flock. In this crater, Giges found a corpse, which had a gold ring in his hand. When he noticed the ring, the peasant ends up taking it. Arriving in the community, Giges participates in a meeting with other peasants. Giges, sitting in the midst of the others, casually moved the ring, and as he did, he became invisible to those around him, who spoke of him as if he were gone. Astonished, he ran his hand through the ring again. As soon as he did, he became visible. Having noted these facts, he found that the ring had given him the power to become invisible. At the end of the story, Giges seduces the wife of the sovereign, kills him, and thereby assumes power over his community.

The allegory portrays the story of a good and virtuous man with no history of immoral, unwanted or unworthy actions. But when he found a ring, that gave him the power of invisibility, he went on to commit enormous atrocities, such as betrayal, murder, abuse of power.

Plato brings Glaucus’s interpretation of the allegory. For the latter, Giges represents the essence of human nature, which is not virtuous. In conditions of invisibility (when no one is watching) people tend to be unethical. In this logic, it is justified to have a strong system of repression to curb undesired attitudes, because the individual, essentially heteronomous and egoistic, is conditioned by the external environment. Thomas Hobbes in Leviathan sustains this position by arguing that there must be a strong state in order to curb unwanted actions, for the human being in a state of nature tends to be selfish.

But this is not Plato’s vision. For the philosopher, ethics implies to act correctly even when one is invisible. Ethics is related to consciousness, not to repression and coercion of society. Morality would be a dialogue of the individual with himself, an intraconscious dialogue. But the fact is that the more we live in a repressive society, which constrains its citizens to the basis of force, the less room for ethics. Ethics and police are on opposite sides. A society without morals needs high levels of repression. Otherwise, a morally superior society needs a more moderate system of oppression.

In a country of reckless drivers, it is justified the intense surveillance by traffic agents, the placement of speed cameras and the use of breathalysers to restrain drunk drivers. The attempt to solve problems through coercion is a way widely used by today’s society. But these actions have nothing to do with morals according to Plato. In Plato’s view, this method of coercion carries a risk: there will always be a time when no one will be watching us.

Somebody drops a wallet on the floor and a person return it when no one is around; A man return to a grocery store the money of an incorrect change; a kid buy a train ticket, eventhough no one is there to charge him; a woman buy a magazine at a newsstand, even if there is no newsboy. These are questions that, in fact, relate to morality. Situations where we are practically invisible. If we were all like Giges, in the situations dealt with above, we would act incorrectly. This is the great lesson that Plato teaches us.

It seems that modern society has not bought Plato’s conception of morality. On the contrary, it seems that the view of Glaucus and Hobbes is endorsed, for it is possible to perceive a considerable increase in the means of repression by society, especially through technology.

Each step we take the GPS of our cell phone identifies our location. All content accessed through the internet is registered on some server, as well as every text or voice message. Companies, banks, schools, condominiums already have monitoring systems, and in some cases, even in our own homes. From the Chinese monitoring system, in a few minutes, it is possible to find, from the technology of facial recognition, any citizen who passes through the streets. These technologies are being increasingly used because, in fact, they tend to prevent people from committing crimes. For example, corruption in Brazil appears to be decreasing significantly, mainly due to the increase in enforcement mechanisms.

Given that the fear of punishment has the power to curb citizens, will in the future humanity require a chip in the brain to monitor people?

The NetFlix series called Black Mirror in the episodes Arkangel, National anthem and The entire history of you depicts a possible future for society if the monitoring technology continues to go forward. In the last episode cited, humans carry an implant behind the ear, something they call grain. The memory is stored there. Everyone has a habit of remembering events. They do this by manipulating a device tuned to the grain. Saved images are projected onto screens installed in homes, streets, cars.

These images can be used by a country’s immigration to investigate a passenger’s history, to check a suspect’s memory of committing a crime, to send videos to parents who wish to monitor their children, or even to discover potential treason in a loving relationship. For Plato this would be the end of morality, at least if we understand it as an intraconscious dialogue of the individual with himself.

But it is worth remembering that people can not be watched by society at all times. There will always be an instant where people can commit some transgression with little chance of being repressed. It is at this moment that the subject moved by selfishness and self-centeredness violates the law. That is, when the selfishness of the subject is greater than the fear imposed by society, he will tend to act to satisfy his desires, regardless of the means to do so. In this case, where the power of coercion of the authorities is null, how to restrain the citizen? The answer may lie in education, which can cause the individual to transcend heteronomy and act according to internal principles. In other words, being able to act correctly, even if you are invisible.